At about 9 p.m. Tuesday at Barceloneta in Miami Beach, the restaurant, crowded to near capacity with people watching the latest Democratic debate in Detroit, was interrupted by a series of yelps near its northwest doors.

Instead of a commentary on the current presidential candidates, the sound had emanated from Oliver, a service-animal Beagle. Chris McNeur, holding the other end of the leash, said the dog occasionally gets overwhelmed by crowds.

Approximately 60 people attended the event sponsored by the Miami Beach Democratic Club, the sequel to the debates that took place in Miami last month. Tuesday’s debate featured 10 candidates while tonight’s debate will showcase another 10.

Dan Royles, the club’s president and a history professor at Florida International University, said the event is a way to get people engaged. As the election season continues on, he said it will be increasingly important to know who wants to join in the group’s various activities and get-out-the-vote work.

“Any opportunity to get people together is a good thing,” he said.

Amanda Knapp, checking people in at the door, said the party’s leaders and voters have to be practical about their choice. To that end, she said, it can’t be a woman.

“Trump said ‘grab them by the p-u-s-s-y’ and they still voted for him, “ she said, referring to Republican women. “I think we need a middle-aged white man.”

At a nearby table, Eddie De La Vega, the president of the Miami-Dade LGBTA Democratic Caucus, sat with Monica Tracy, who works in Miami Beach real estate. He said his favorites so far were Sen. Elizabeth Warren of Massachusetts, South Bend Mayor Pete Buttigieg and California Sen. Kamala Harris.

Tracy agreed, adding that the Democrats need a candidate who can not only provide the best ideas, but also confront President Donald Trump verbally.

“Bernie [Sanders] is killing us with this socialist crap,” she said. “I have friends calling me and saying ‘Oh, you’re a socialist now?’” 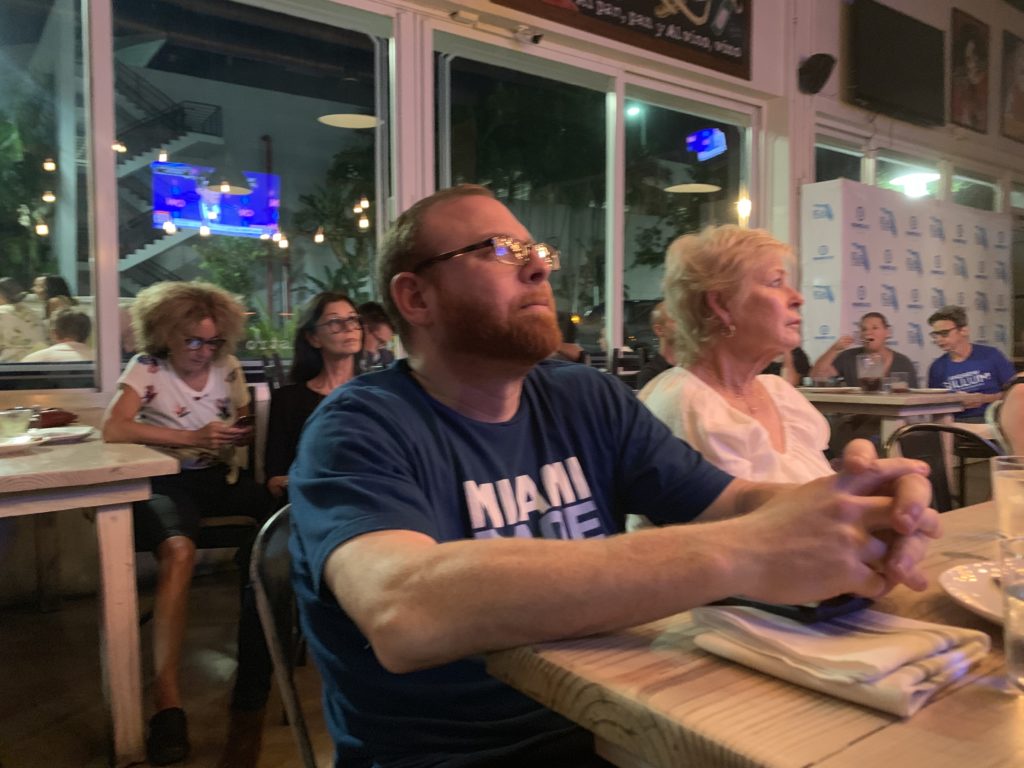