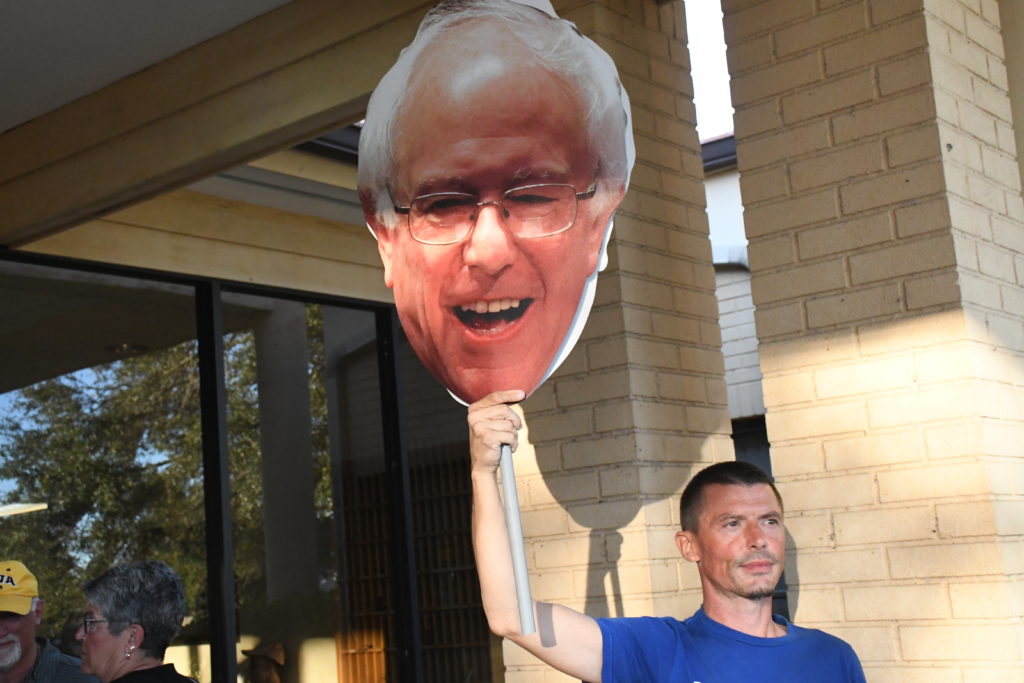 This has been quite the week. On Monday, I led a group four students to Southwest Florida to report on two satellite caucuses put on by the Iowa Democratic Party in St. Petersburg and Port Charlotte. It was a long couple days… I think I put in my 40 before noon Tuesday.

If you’ve been following the news — and as of this writing, the incomplete results — you’re probably sick of hearing about the state. But in case you’ve, wisely, been hiding from the news or reading this years from now when the screwups, technical glitches of a company called — wait for it — Shadow Inc. — have faded from memory, here’s a quick recap:

Like the Electoral College, though, Iowa may get to keep it for a bit longer, if only because of something a friend of mine refers to as the second most powerful force in the universe: inertia.

Production at the speed of news

But in St. Petersburg and Port Charlotte, things went about as smoothly as you could imagine. The only hiccup in St. Pete was an hour delay to the start of things because the room we were going to use — which normally serves as a daycare center — hadn’t quite emptied out. Well, there was one other thing: my students couldn’t seem to file quickly enough to keep up.

A 200-word brief on the happenings didn’t come to me for editing for nearly four hours. A more complete story, one with a photo and quotes, didn’t come until late the next morning. A two-minute video package took something like 16 hours. They were up, literally, all night, and a last minute correction had to be done at a Starbucks in Naples. (They brought in a full sized computer, drawing some looks from the patrons there.)

Had to cut our trip back to Miami short & stop at Naples. Getting lots of strange looks from guests at Starbucks for bringing our desktop. This is what working on a tight deadline looks like @SFMN_FIU pic.twitter.com/FEmL0e51ZS

Deadline writing is hard. Very hard. I understand that. The students were tired from the drive — I found out later one of them had only an hour or so of sleep the night before — stressed out and unable to think clearly.

The end-product, though, was something I think we can all be proud of. The work was solid and the educational experience invaluable. I definitely learned a few things as well.

The video product delays had to do with the fact the two students doing the shooting were using different cameras with different settings. When they tried to combine the footage, it failed to render. They figured out a workaround, but it took a long, long time. They also figured this out in the middle of the night, and I was asleep.

As for the written part, I should have emphasized the need to have something prewritten, the famed b-matter. I did mention it, but I should have required a draft. And, there’s the matter of managing my own expectations. It was one of the first times the students did a true deadline piece — out of town, no less — and there were bound to be issues.

Finally, I got to write my own piece on the caucus for Miami New Times, which always feels good.