Metrorail in my dreams

It’s no shock I like maps and subways, but this might be one of the coolest things ever: the Metro Map Maker, made by Shannon Turner, a Washington, DC coder and developer.

A few months ago, The Next Miami posted a story about an anonymous person (or persons) that created the fantasy Metrorail map you see below. I was very taken by the map itself — which essentially converts Miami-Dade and Broward highways, expressways and main arterial roads into multicolored rail lines. The poor state of public transit in Miami is well known, and I don’t see a reason to repeat it here.

Still, I see myself daydreaming of this map the next time I sit in traffic at Biscayne and 36th, watching a man yelling into his cellphone block an intersection as the light turns red. 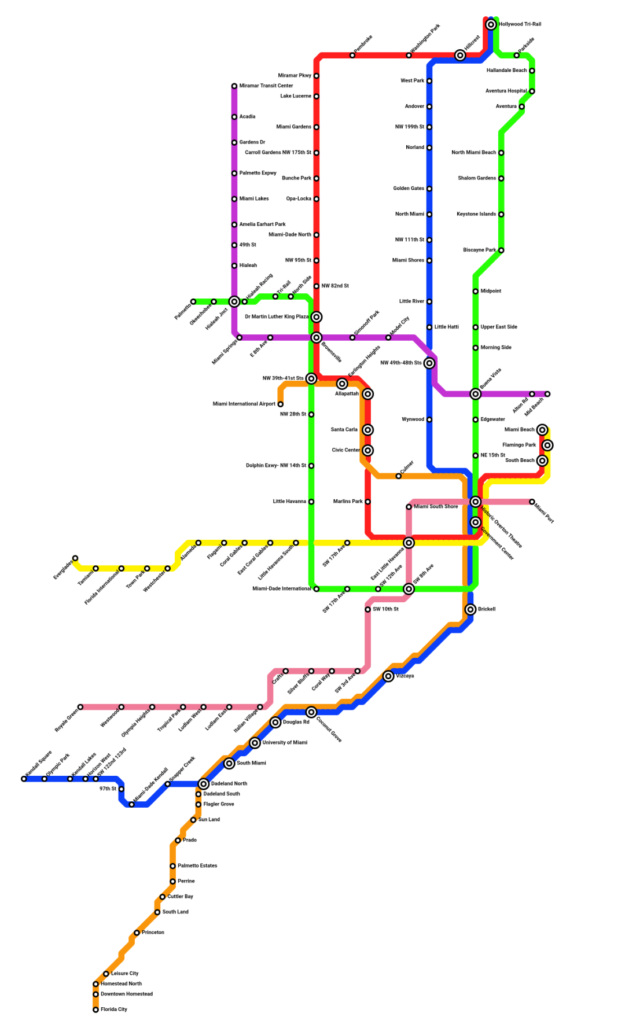