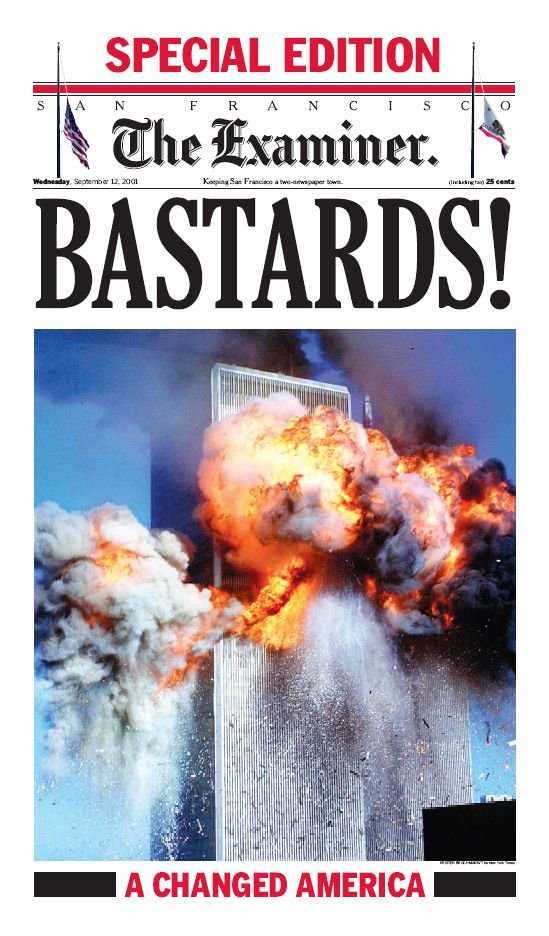 I imagine it’s a bit strange to fly today. Even regular business travelers may get a slight hitch when they look at the date on their boarding pass. I certainly know I would.

Though I only lived a single year in New York City — when I was in grad school — it was during the year following the 2001 attacks. The anniversary of that terrible day came only a few weeks after I had moved across the country and into my new apartment in Morningside Heights. Being a writer, I did a short reflection on the feelings from that day. Given the day, I thought it might be good to share it. Some of the language is a bit cringeworthy for me, given that I wrote it nearly two decades (whoa) ago, but a lot still resonates.

The construction across the street, which has served as my rude, 7 a.m., wakeup call since I got here a month ago, went on as usual. But today wasn’t normal. Not at all. I lay there, in my tiny Manhattan room, forcing myself to stay in bed just a little longer.

Hell, I didn’t know why. I’m from California. I didn’t know anyone killed in the WTC attacks last year. I didn’t even know anyone who knew anyone. But still, I realized that every time I turned on the radio, television or a newspaper, I would be reminded of the worst day of my generation.

And trying to ignore it, like so many of my friends are doing, isn’t really possible. Not only am I here, sleeping seven miles north of Ground Zero, but I’m in journalism graduate school — something that, by definition, means you are involved in and part of the madness that surrounds Gotham generally.

My job today is to go out and find how people in the outer boroughs — specifically, the Bronx — are doing. The strange thing is that I don’t really have to leave the Upper West Side to find out. They’re doing lousy.

The beautiful and strange New York Post showed up at my doorstep this morning — accompanied by my copy of the excellent, but less strange, New York Times. The Post had a picture of the Twin Towers on the cover, and I almost broke out in tears.

When I went into the living room — at the far end of the apartment and down a long corridor, a sort-of Manhattan shotgun shack — my roommate, Hideharu, already had the television on. Groups on a podium, down in the dust of what used to be one of the world’s tallest buildings, were reading names.

Names. Thousands of names. It was then the tears came to my eyes. I really couldn’t help it. It took nearly a minute to read through all the people whose last name was “Kelly” for god’s sake. All ages. Firefighters, investment bankers, chiefs, young and old, rich and poor, black, white, Asian. You name it: they were dead.

A year ago, I was at the San Francisco Examiner, working as a reporter. That cold, clear morning, I was woken up by my friend, Kendra, down in San Diego. Turn on the television, she said, we’re under attack.

I turned on the TV at about 8 a.m. in Oakland, meaning thousands had died as I lay sleeping off the effects of too much beer from the night before. Reports floated in that maybe the Golden Gate Bridge, maybe the BART trains would be next. I dressed quickly, tried to call my editors, but couldn’t reach them, and headed into work.

I had just learned to ride a motorcycle, and took my little 550cc Suzuki into work. Just in case the world decided to go Mad Max, I figured, a motorcycle would probably work much better.

The rest of the day was pretty much a blur. I rode around on the BART lines, asking mothers, San Francisco Giants administrators, accountants and cops about how they felt. Everyone was terrified. That night, as I went home, the Bay Bridge, usually packed with traffic between San Francisco and Oakland, was nearly empty. Speed limits, seemingly by acclimation, had been lifted. Everyone unlucky enough to be on that huge steel target just wanted to be the hell off it.

All of us in the country suffered that day, but the pain is greatest here in New York City. Some say it’s made it a better place, that people are friendlier than they used to be, don’t worry as much about the little things that used to drive them crazy.

But not everything, obviously, is for the best. Firefighters say they are watching one another closely, waiting for the next one to break. I think they’re mostly tired of my type, the journalists who call them heroes. But at the same time, all the firefighters seem to want to do is talk. Maybe that’s all anyone wants to do.