Skip to content
The shallow end of the jury pool

The shallow end of the jury pool

The shallow end of the jury pool

The jury room, on the seventh floor of the Richard E. Gerstein Justice building in Miami, is cold and getting colder. As the room slowly empties as more and more prospective jurors are called to individual courtrooms, the loss of their collective body heat turns it from chilly to tundra.

It doesn’t seem to be going quickly. By the time we broke for lunch at 11:30 am, only three sets of people – in seemingly random numbers of, in order, 35, 50 and 40 – have been sent to their main events. More than half of the original group still remains, sipping on coffee, staring at their smartphones or trying to keep themselves amused by the series of heartwarming, feel-good, non-controversial movies playing on a set of surprisingly small screens spread around the room.

I had postponed my start of jury service until today, Dec. 9, because this happens to be finals week at FIU, and my presence on campus is all-but-ignored by frantic undergrads looking to finish their work for the semester. But, of course, plan laid plans and all that, I am now missing out on a grant-writing review session as well as a run through for a presentation I’m helping give about our student-produced website, the South Florida Media Network.

Oh well. Not much I can do about it. Strangely enough, though I have been called to jury service probably five or six times in total, I only actually made it into a courtroom once – the remainder of the times cooling my jets, utterly bored, until I was cut loose from my prison of civic responsibility. This is my first time since moving to Florida, though.

(The one time I did make it into a courtroom – and on a jury – should probably have fulfilled my jury requirements for a lifetime. It was back in 2006 or 2007, when I still worked for the city of Los Angeles, and I got put on a civil trial that lasted the better part of three weeks. Since I was a government employee, and thus had unlimited jury time, I was a prime candidate. But Lord, the case, which involved claims for damages due to mesothelioma, was so, so, so technical and dull. At least the room here, as cold as it is, is nicer than the one in Los Angeles.)

Lunch ended at 1 pm, with another set of prospective jurors called about 15 minutes later. And so it went, with groupings of different numbers going off every 45 minutes or so, with the last set at about 2:30 pm. At that point, fewer than 30 people remained in the now nearly-empty room, maybe feeling a little like the kids being picked last for kickball.

Any hurt pride, though, quickly went out the window when the announcement came over the PA a few minutes after 3 pm that our civic duty had been completed and we were free to go. All in all, it wasn’t a bad experience. Waiting around all day is tedious, by definition, but since you really only have to do it every five or six years or so, it’s not that much of a burden.

Anyhow, now that this is done, it’s time to get some actual work done. 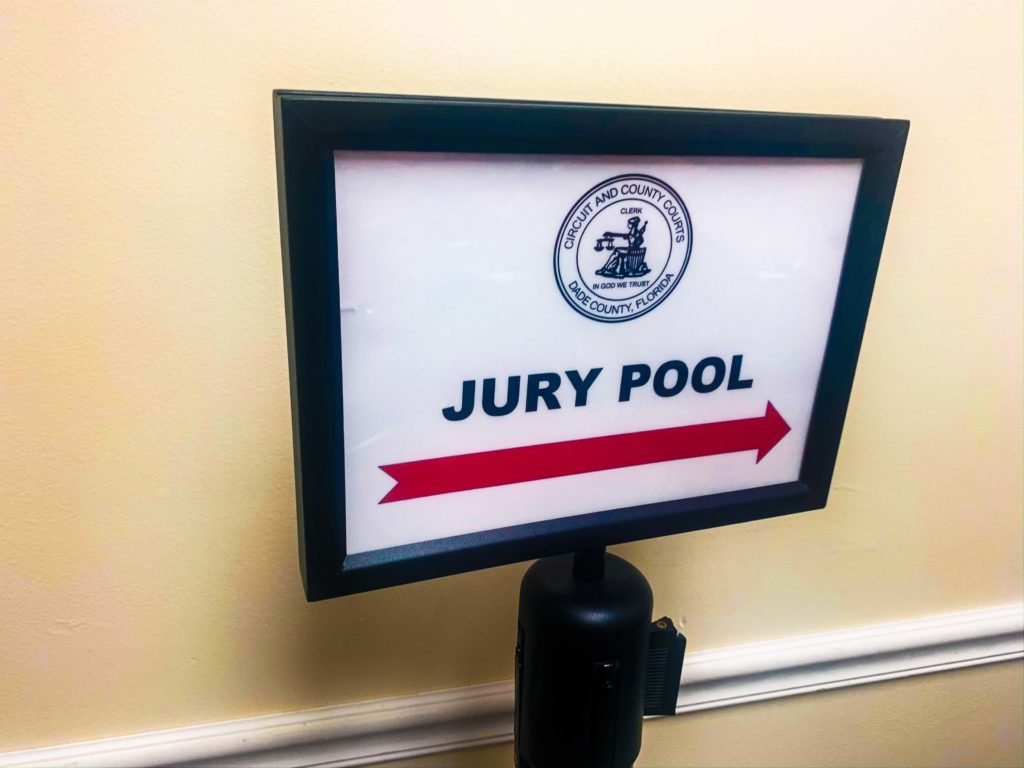